The Jardins de l'Albarède is a natural garden in a valley near Domme. The garden was created in 1990 on rocky inhospitable soil and has become something of an experiment in gardening in difficult conditions. The garden is a series of different gardens in a beautiful setting in the Dordogne valley.

The first part of the garden to visit is around the swimming pool which has been planted with plants at their peak in summer. Rudbekias, asters, helianthus, grasses and lots of gaura add colour and movement to the edges of the swimming pool. Plenty of herbs in the planting mix mean that as you brush past the plants you get a delicious scent as you walk by.

Next is a large lawned area with an English style border on one side and a large potager on the other. This is where the garden originally started and has only been possible with the addition of lots of compost and experiments to see which plants and vegetables are suited to the hot, dry and alkaline conditions. 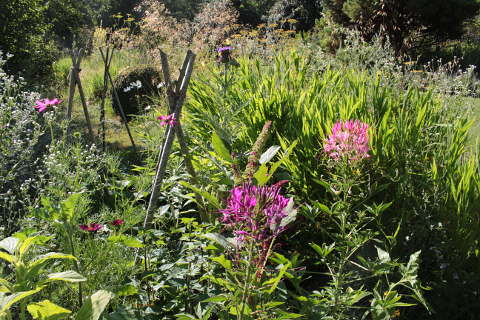 The potager, or vegetable garden, is a treat as it is also full of flowers in order to encourage beneficial insects to the vegetable garden and also to cut for the house and the gite which is also in the part of the property.

The English style border is full of roses and lavender as well as many perennials such as geraniums and asters. There are plenty of mediterranean plants such as perovskia which do well on the poor, dry soil.

The garden next leads through an orchard of apple trees many of which are either varieties of the region or ancient varieties. Along the edges of the orchard long flowering beds ensure a constant succession of pollinating insects to the fruit trees.

Next is a garden of box hedging sculpted into large and swirling topiaries. These have unfortunately been hit by the box caterpillar but the owners have decided to let nature take its course and recover naturally for the pest. This does seem to be working as the box appear to be recovering.

The garden then leads up the hillside above the garden from where you get some stunning views over the rolling hills of the Dordogne countryside. Some of the trees and bushes along the path have been clipped and shaped giving a nice contrast to the natural trees and shrubs of the slopes. 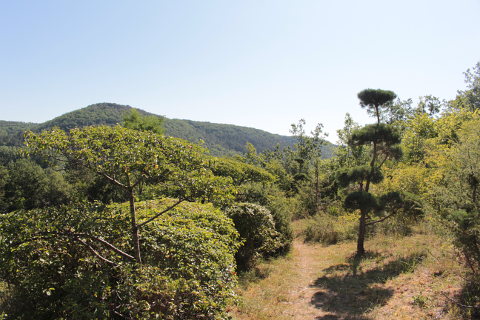 The gardens are open from early June until September on Friday, Saturday, Sunday and Monday mornings. A visit costs 6 euros for adults and children over 12.

The Jardins de l'Albarède are just six kilometers from the lovely town of Domme which is one of the most beautiful villages of France.

Another most beautiful village of France which is nearby is Castelnaud la Chapelle which is also home to the magnificent castle, the Chateau de Castelnaud. If you want to visit another garden the Jardins de Marqueyssac are one of the best in the Dordogne. Their swirling box hedges are fabulous and there is a lovely walk above the river Dordogne.

Photos of The Jardins de l'Albarede

Map of The Jardins de l'Albarede and places to visit

Places to visit near The Jardins de l'Albarede 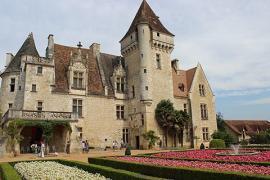 A beautiful chateau that was once home to Josephine Baker. 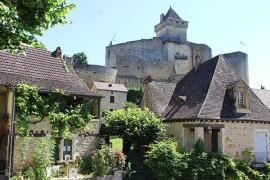 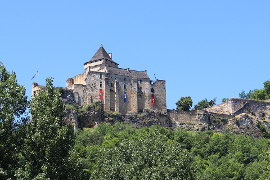 The Chateau de Castelnaud has impressive collections of medieval arms. 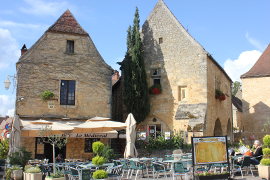 Domme is one of the most beautiful villages of France 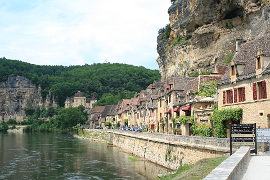 La Roque-Gageac is one of the most beautiful villages of France. 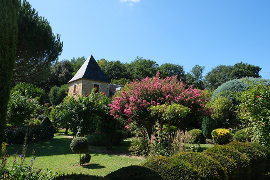