The Chateau de Montreal is more of a grand house than a castle but the ensemble is very attractive. The chapel stables and servants quarters are beautiful buildings.

The Chateau is located between Mussidan and Issac.

The Chateau de Montreal has its origins in the 12th Century but most of the original castle was destroyed after the 100 years war as a punishment to for the Chateau's siding with the English. Some of the Ramparts and supports for the drawbridge remain from the 12th century as well as parts of the walls of the chapel. The buildings were rebuilt and restored in the 16th century.

Visits to the Chateau de Montreal are possible from June through September as the chateau is a private residence. Visits are guided by students and an English speaking tour is possible.

The tour starts with the gardens which have been awarded the "jardin remarquable" status (though in reality they are not very remarkable!). The first garden is a small medieval inspired garden with the 'parterres' edged with woven willow. The second is Italian in inspiration with shaped yew hedges and the third is a formal French style but is more interesting for its lovely position overlooking the valley than for its planting. 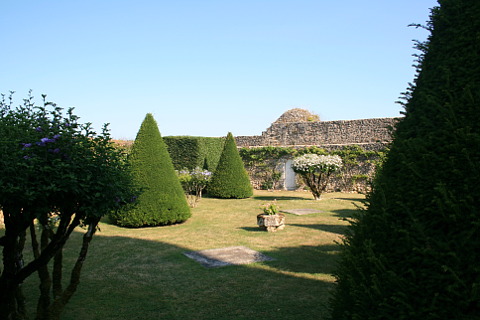 From the Italian garden it is possible to see the moat which surrounded a lot of the castle and the original supports for the drawbridge are visible. The moat was always dry rather than water -filled but non-the-less provided extra defences.

The rear of the chateau can be seen from the French gardens and this has been given a Renaissance facade. Entering the chateau and the decoration ranges from Renaissance to Empire. Only the lower floor is available to visit as the family still use the upper two floors. The rooms are very colourful with lots of wooden panelling painted in pale pastel colours.

In the round tower there is a charming library whose shelves have been shaped to fit the round walls.

The front facade of the chateau is much simpler in style and more the style of the original chateau. There is a large courtyard with lots of space for visiting carriages and to one side a long charming building which was once the home of the servants.

Here there is the entrance to an underground section which is split in two parts. One part still has lots of the original 12th century arches and is very atmospheric. There is also the well which used to supply the chateau with water. The next section is really a large cave and has been in use since pre-historic times. There are two tunnels hewn out of the rock here - one to the church and one, several kilometres long to the nearby village of Issac! This was the original escape route for the chateau's inhabitants. 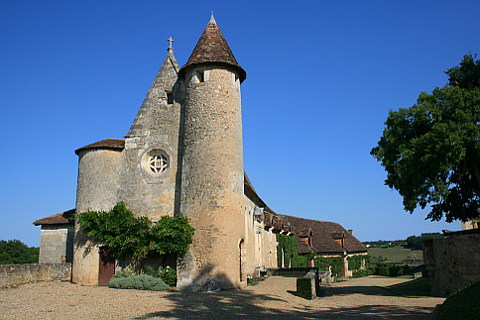 On the other side of the courtyard is the beautiful church and stable block. These buildings are superb. The church was originally a guardroom but when one of the Pontbriand family (original owners of the chateau) took a Holy Thorn from the body of the English general Talbot, in battle, the guardroom was converted into a church to house the Reliquary. The church is called the Chapelle de la Sainte-Epine. Because in those days all churches were based to face Jerusalem and this one didn't the cross on the top was turned to face Jerusalem instead.

An interesting historical note - Claude de Pontbriant, Seigneur of Montreal was on a voyage of discovery to the New World with Jacques Cartier. He renamed an Indian settlement Montreal after his chateau and this settlement grew to be the second biggest French city in the world!

The Chateau de Montreal is close to the town of  Mussidan where you can find bars and restaurants and shops.

Nearby also is the pretty village of Issac.

Map of Chateau de Montreal and places to visit 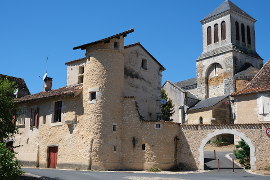 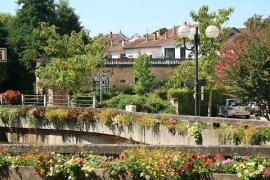 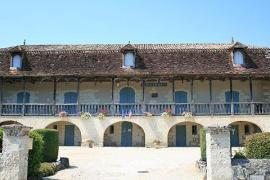 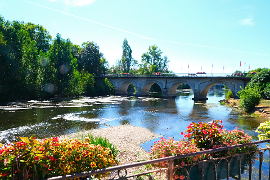 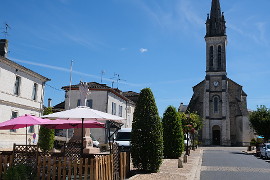