Cadouin Abbey was founded in 1115 and the abbey church and Romanesque monastic foundations exist to this day. The glorious flamboyant Gothic cloister was added in the 15th century and is open to visitors. The Abbey and Cloisters can be found in the beautiful village of Cadouin to the south of the Dordogne valley in between Sarlat and Bergerac.

Cadouin Abbey is a Cistercian Abbey and is on one of the pilgrim routes to Santiago de Compostela in Spain. It is a UNESCO World Heritage Site as part of this and is also classified as a Major Site of Aquitaine.

At some time in the early 12th or 13th century Cadouin Abbey was given a part of a shroud by one of the Crusades. The section of shroud was said to be that which covered Jesus Christ in his tomb. Because of this Cadouin Abbey grew in power and wealth as for centuries pilgrims came to view Christ's shroud.

In more recent times the shroud has been shown to be a fake as the cloth came from Egypt in the 11th century. There is however a copy of the shroud in the small museum attached to the cloister and the original is in the Museum of Perigueux in order to ensure its conservation. 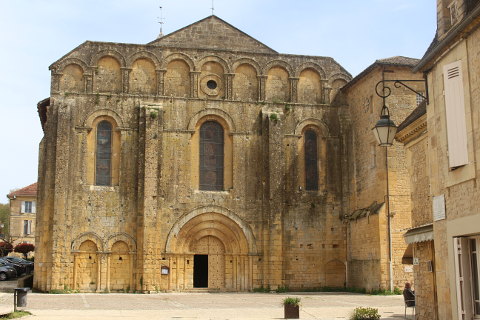 The abbey had a turbulent history. Cadouin Abbey was rich and powerful in the 12 and 13th century as pilgrims came to visit the Holy Shroud. However the abbey was largely destroyed in the wars of the 14th century and in 1357 there were only two monks remaining with the shroud. During the Hundred Years War the shroud was sent to Toulouse for safe keeping but this meant the pilgrims stopped coming to Cadouin.

In the 15th century the abbey was supported by the kings of France and rebuilt and the cloister rebuilt.  During the French Revolution in the late 18th century Cadouin Abbey ceased to be a monastery and eventually all the buildings apart from the church were sold. In 1839 the cloister and convent buildings were bought by the department.

The abbey church is a large Romanesque church with three naves. Over the transept is a beautiful dome decorated with frescoes. The capitals of some of the stone pillars supporting the arches in the church are decorated with intricate patterns which is apparently rare in a Cistercian church.

However it is the cloisters that are a real treat. You do have to pay to see these but they are very beautiful. Arched passageways go around each edge of the cloister and these are decorated with various sculptures and an occasional frescoes.

The stone columns supporting the arches each have carved capitals and these have represent various biblical themes including sins such as greediness and anger. At the centre of the cloister is a lovely cloister garden with geometrically formed areas of paths and grass with low clipped hedges and a fairly modern touch with green and white flower borders. 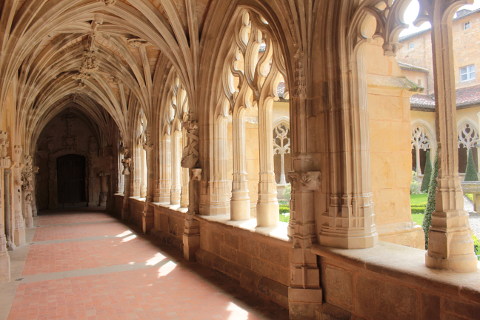 There are various display bords in the museum at the entrance to the cloister to describe the various aspects of the cloister and you can pick up audio guides to hear a lot more about the history and architecture.

The cloisters are closed 25 December, 1 January and 7 January to 8 February. It is also closed on Mondays except bank holidays and school holidays.

The village of Cadouin is very beautiful. Its main square is dominated by a huge halle with large stone pillars.

The nearby village of Limeuil is one of the most beautiful villages of France.

Photos of Cadouin Abbey and Cloister

Map of Cadouin Abbey and Cloister and places to visit

Places to visit near Cadouin Abbey and Cloister 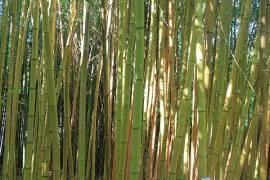 The Jardins de Planbuisson is a garden almost entirely planted with bamboo. 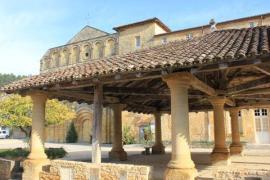 Cadouin is a charming village with a Cistercian Abbey and a Gothic cloister. 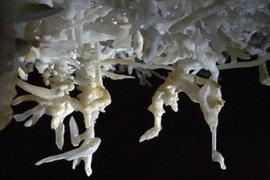 The ceilings of the Maxange cave are covered in a tiny and rare from of twisting stalactites. 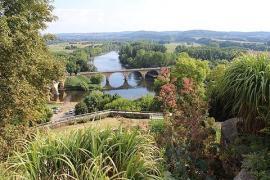 A large park with a stunning view over the river confluence below. 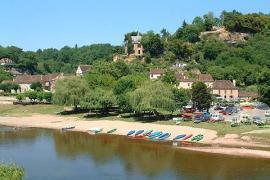 Limeuil is a most beautiful village of France. 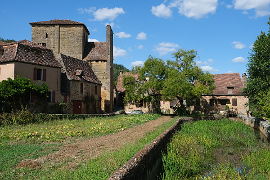 Urval is a charming village with a communal bread oven.